Which is Best — Image Backups or File & Folder Backups? 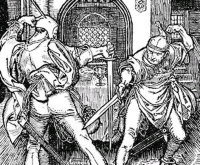 Image Backups are famous for being a complete backup. An Image Backup captures everything about a system: its operating system software, application programs, data files, and even application settings. In a disaster, you can rebuild an entire system from scratch with little more than a copy of your last Image Backup. This makes Image Backups attractive; so why not always do Image Backups?

Why do I have to choose when I like both?

Don’t make it an either/or choice. Instead combine both types of backups. The best solution is to perform nightly File & Folder Backups and intersperse periodic Image Backups. This solution solves two types of restore needs.

There are two decisions you need to make with this hybrid backup model:

When considering how many Image Backups to retain, pick a count that is likely further back than you’d want to recover. For example, if you perform a monthly Image Backup, ask yourself how likely you are to restore from a four (4) month old Image. In most cases, you’re likely to agree that this would be undesirable – so keeping more than 4 Image Backups is pointless.

Here’s what we recommend